Memoirs of A Painted Woman

"Memoirs of a Painted Woman" is a one-woman show that delves into the private lives of the women in some of the most famous paintings in history. What is it like to be immortalized in a painting? Are these women really who we think they are? Hear what they have to say about the true life of being a muse. You won't read these stories in an art history textbook... 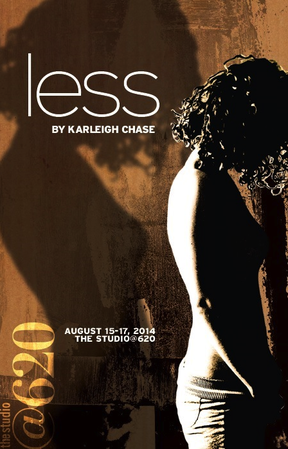 "LESS" is a one-woman show about being a homeless female. Large portions of women on the streets come from abusive pasts and broken homes leaving them powerless to control the downward spirals of their lives. The women in "LESS" will depict the harsh realities of a life where most only have three choices: panhandling, stealing or prostitution. See how thin the veil is between being normal and being homeless, because it can happen to anyone.

Awarded GenYes Grant by the Doris Duke Charitable Foundation.
​
Reviews:
“LESS is grounded in reality, a powerful enactment reflecting true life experiences. Karleigh Chase presents confidently without being didactic or self indulgent, and so LESS has genuine dramatic impact. While LESS shines a light on a pervasive social dilemma that we often turn away from, Karleigh keeps us engaged. LESS is well paced as the audience shares a common experience, indeed becoming a social community. While everyone should see LESS, it should be required for every social service agency's board and staff.” – John Collins, Executive Director of The St. Pete Arts Alliance